A. LAST winter’s floods on the rivers of central Europe were among the worst since the Middle Ages, and as winter storms return, the spectre of floods is returning too. Just weeks ago, the river Rhone in south-east France burst its banks, driving 15,000 people from their homes, and worse could be on the way. Traditionally, river engineers have gone for Plan A: get rid of the water fast, draining it off the land and down to the sea in tall-sided rivers re-engineered as high-performance drains. But however big they dig city drains, however wide and straight they make the rivers, and however high they build the banks, the floods keep coming back to taunt them, from the Mississippi to the Danube. And when the floods come, they seem to be worse than ever.

B. No wonder engineers are turning to Plan B: sap the water’s destructive strength by dispersing it into fields, forgotten lakes, flood plains and aquifers. Back in the days when rivers took a more tortuous path to the sea, flood waters lost impetus and volume while meandering across flood plains and idling through wetlands and inland deltas. But today the water tends to have an unimpeded journey to the sea. And this means that when it rams in the uplands, the water comes down all at once. Worse, whenever we close off more flood plain, the river’s flow farther downstream becomes more violent and uncontrollable. Dykes are only as good as their weakest link – and the water will unerringly find it.

C. Today, the river has lost 7 per cent of its original length and runs up to a th ứ d faster. When it rains hard in the Alps, the peak flows from several tributaries coincide in the main river, where once they arrived separately. And with four-fifths of the lower Rhine’s flood plain barricaded off, the waters rise ever higher. The result is more frequent flooding that does ever-greater damage to the homes, offices and roads that sit on the flood plain. Much the same has happened in the US on the mighty Mississippi, which drains the world’s second largest river catchment into the Gulf of Mexico.

D. The European Union is trying to improve rain forecasts and more accurately model how intense rains swell rivers. That may help cities prepare, but it won’t stop the floods. To do that, say hydrologists, you need a new approach to engineering not just Agency – country £1 billion – puts it like this: “The focus is now on working with the forces of nature. Towering concrete walls are out, and new wetlands are in.” To help keep London’s upstream and reflooding 10 square k outside Oxford. Nearer to London it has spent £100 million creating new wetlands and a relief channel across 16 kilometres.

E. The same is taking place on a much grander scale in Austria, in one of Europe’s largest river restorations to date. Engineers are regenerating flood plains along 60 kilometres of the river Drava as it exits the Alps. They are also widening the river bed and channelling it back into abandoned meanders, oxbow lakes and backwaters overhung with willows. The engineers calculate that the restored flood plain can now store up to 10 million cubic metres of flood waters and slow storm surges coming out of the Alps by more than an hour, protecting towns as far downstream as Slovenia and Croatia.

F. “Rivers have to be allowed to take more space. They have to be turned from flood-chutes into flood-foilers,” says Nienhuis. And the Dutch, for whom preventing floods is a matter of survival, have gone furthest. A nation built largely on drained marshes and seabed had the fright of its life in 1993 when the Rhine almost overwhelmed it. The same happened again in 1995, when a quarter of a million people were evacuated from the Netherlands. But a new breed of “soft engineers” wants our cities to become porous, and Berlin is theft governed by tough new rules to prevent its drains becoming overloaded after heavy rains. Harald Kraft, an architect working in the city, says: “We now see rainwater as giant Potsdamer Platz, a huge new commercial redevelopment by DaimlerChrysler in the heart of the city.

G. Los Angeles has spent billions of dollars digging huge drains and concreting river beds to carry away the water from occasional intense storms. “In LA we receive half the water we need in rainfall, and we throw it away. Then we spend hundreds of millions to import water,” says Andy Lipkis, an LA environmentalist who kick-started the idea of the porous city by showing it could work on one house. Lipkis, along with citizens groups like Friends of the Los Angeles River and Unpaved LA, want to beat the urban flood hazard and fill the taps by holding onto the city’s flood water. And it’s not just a pipe dream. The authorities this year launched a $100 million scheme to road-test the porous city in one flood-hit community in Sun Valley. The plan is to catch the rain that falls on thousands of driveways, parking lots and rooftops in the valley. Trees will soak up water from parking lots. Homes and public buildings will capture roof water to irrigate gardens and parks. And road drains will empty into old gravel pits and other leaky places that should recharge the city’s underground water reserves. Result: less flooding and more water for the city. Plan B says every city should be porous, every river should have room to flood naturally and every coastline should be left to build its own defences. It sounds expensive and utopian, until you realise how much we spend trying to drain cities and protect our watery margins – and how bad we are at it.

The reading Passage has seven paragraphs A-G. Which paragraph contains the following information? Write the correct letter A-G, in boxes 1-6 on your answer sheet

1.  A new approach carried out in the UK

3.  Illustration of an alternative Plan in LA which seems much unrealistic

5.  Effort made in Netherlands and Germany

6.  One project on a river benefits three nations

Flood makes river shorter than it used to be, which means faster speed and more damage to constructions on flood plain. Not only European river poses such threat but the same things happens to the powerful____7_____in the US.

In Europe, one innovative approach carried out by UK’s Environment Agency, for example a wetland instead of concrete walls is generated not far from the city of____8_____to protect it from flooding. In 1995, Rhine flooded again and thousands of people left the country of_____9______. A league of engineers suggested that cities should be porous, _____10____set an good example for others. Another city devastated by heavy storms casually is ______11______, though its government pours billions of dollars each year in order to solve the problem.

Choose TWO correct letter, write your answers in boxes 12-13 on your answer sheet

What TWO benefits will the new approach in the UK and Austria bring to US according to this passage?

A. We can prepare before flood comes

B. It may stop the flood involving the whole area 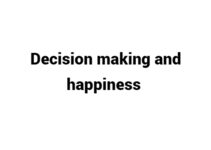