Toothed cats, mastodons, giant sloths, woolly rhinos, and many other big, shaggy mammals are widely thought to have died out around the end of the last ice age, some 10,500 years ago.

A. The Irish elk is also known as the giant deer (Megaloceros giganteus). Analysis of ancient bones and teeth by scientists based in Britain and Russia show the huge herbivore survived until about 5,000 B.C.—more than three millennia later than previously believed. The research team says this suggests additional factors, besides climate change, probably hastened the giant deer’s eventual extinction. The factors could include hunting or habitat destruction by humans.

B. The Irish elk, so-called because its well-preserved remains are often found in lake sediments under peat bogs in Ireland, first appeared about 400,000 years ago in Europe and central Asia. Through a combination of radiocarbon dating of skeletal remains and the mapping of locations where the remains were unearthed, the team shows the Irish elk was widespread across Europe before the last “big freeze.” The deer’s range later contracted to the Ural Mountains, in modern-day Russia, which separate Europe from Asia.

C. The giant deer made its last stand in western Siberia, some 3,000 years after the ice sheets receded, said the study’s co-author, Adrian Lister, professor of palaeobiology at University College London, England. “The eastern foothills of the Urals became very densely forested about 8,000 years ago, which could have pushed them on to the plain,” he said. He added that pollen analysis indicates the region then became very dry in response to further climactic change, leading to the loss of important food plants. “In combination with human pressures, this could have finally snuffed them out,” Lister said.

D. Hunting by humans has often been put forward as a contributory cause of extinctions of the Pleistocene mega fauna. The team, though, said their new date for the Irish elk’s extinction hints at an additional human-made problem-habitat destruction. Lister said, “We haven’t got just hunting 7,000 years ago-this was also about the time the first Neolithic people settled in the region. They were farmers who would have cleared the land.” The presence of humans may help explain why the Irish elk was unable to tough out the latest of many climatic fluctuations-periods it had survived in the past.

E. Meanwhile, Lister cast doubt on another possible explanation for the deer’s demise-the male’s huge antlers. Some scientists have suggested this exaggerated feature-the result of females preferring stags with the largest antlers, possibly because they advertised a male’s fitness -contributed to the mammal’s downfall. They say such antlers would have been a serious inconvenience in the dense forests that spread northward after the last ice age. But, Lister said, “That’s a hard argument to make, because the deer previously survived perfectly well through wooded interglacials [warmer periods between ice ages].” Some research has suggested that a lack of sufficient high-quality forage caused the extinction of the elk. High amounts of calcium and phosphate compounds are required to form antlers, and therefore large quantities of these minerals are required for the massive structures of the Irish Elk. The males (and male deer in general) met this requirement partly from their bones, replenishing them from food plants after the antlers were grown or reclaiming the nutrients from discarded antlers (as has been observed in extant deer). Thus, in the antler growth phase. Giant Deer were suffering from a condition similar to osteoporosis. When the climate changed at the end of the last glacial period, the vegetation in the animal’s habitat also changed towards species that presumably could not deliver sufficient amounts of the required minerals, at least in the western part of its range.

F. The extinction of megafauna around the world was almost completed by the end of the last ice age. It is believed that megafauna initially came into existence in response to glacial conditions and became extinct with the onset of warmer climates. Tropical and subtropical areas have experienced less radical climatic change. The most dramatic of these changes was the transformation of a vast area of north Africa into the world’s largest desert. Significantly, Africa escaped major faunal extinction as did tropical and sub-tropical Asia. The human exodus from Africa and our entrance into the Americas and Australia were also accompanied by climate change. Australia’s climate changed from cold-dry to warm-dry. As a result, surface water became scarce. Most inland lakes became completely dry or dry in the warmer seasons. Most large, predominantly browsing animals lost their habitat and retreated to a narrow band in eastern Australia, where there was permanent water and better vegetation. Some animals may have survived until about 7000 years ago. If people have been in Australia for up to 60 000 years, then megafauna must have co-existed with humans for at least 30 000 years. Regularly hunted modem kangaroos survived not only 10 000 years of Aboriginal hunting, but also an onslaught of commercial shooters.

G. The group of scientists led by A.J. Stuart focused on northern Eurasia, which he was taking as Europe, plus Siberia, essentially, where they ‘ve got the best data that animals became extinct in Europe during the Late Pleistocene. Some cold-adapted animals, go through into the last part of the cold stage, and then become extinct up there. So you’ve actually got two phases of extinction. Now, neither of these coincide — these are Neanderthals here being replaced by modem humans. There’s no obvious coincidence between the arrival of humans or climatic change alone and these extinctions. There’s a climatic change here, so there’s a double effect here. Again, as animals come through to the last part of the cold stage, here there’s a fundamental change in the climate, reorganization of vegetation, and the combination of the climatic change and the presence of humans — of advanced Paleolithic humans — causes this wave of extinction. There’s a profound difference between the North American data and that of Europe, which summarize that the extinctions in northern Eurasia, in Europe, are moderate and staggered, and in North America severe and sudden. And these things relate to the differences in the timing of human arrival. The extinctions follow from human predation, but only at times of fundamental changes in the environment.

Having been preserved well in Europe and central Asia, the remains of the Irish elk was initially found approximately _______28____. Around _____29______, they were driven to live in the plain after being restricted to the Ural Mountains. Hunting was considered as one of the important factors of Irish elk’s extinction, people have not started hunting until______30______ when Irish elk used to get through under a variety of climatic fluctuations.

The huge antlers may possibly contribute to the reason why Irish elk extinct, which was highly controversial as they live pleasantly over the span of ____31_____. Generally, it is well-known that, at the last maximum ice age, mammals become extinct about ______32_____.

Answer the questions below.
Choose NO MORE THAN THREE WORDS AND/OR A NUMBER from the passage for each answer.

33. What kind of physical characteristics eventually contributed to the extinction of Irish elk?

34. What kind of nutrient substance needed in maintaining the huge size of Irish elk?

35. What geographical evidence suggested the advent of human resulted in the extinction of Irish elk?

37.  the continents where the climatic change was mild and fauna remains

38.  the continents where both humans and climatic change are the causes

39.  the continents where the climatic change along caused a massive extinction

40. Which statement is true according the Stuart team’s finding?

A. Neanderthals rather than modem humans caused the extinction in Europe

B. Paleolithic humans in Europe along kill the big animals such as Giant deer

C. climatic change was not solely responsible for the mega fauna extinction in Europe

D. moderate and staggered extinction was mainly the result of fundamental climatic change 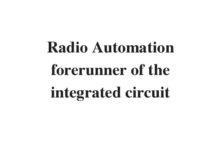 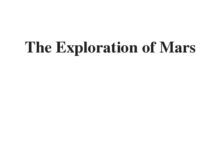