Mobiles are barred, but passenger can tap away on their laptops to their heart’ content. Is one realty safer than the other? hi the US, a Congressional subcommittee frilled airline representatives and regulators about the issue test month. But the committee heard that using cellphones in planes may indeed pose a risk, albeit a slight one. This would seem to vindicate the treatment of Manchester oil worker Neil Whitehouse, who was sentenced last summer to a year in jail by a British court for refusing to turn off his mobile phone on a flight home from Madrid. Although he was only typing a message to be sent on landing, not actually making a call, the court decided that he was putting the flight at risk.

A. The potential fin problems is certainly there. Modem airliners are packed with electronic devices that control the plane and handle navigation and communications- Each has to meet stringent safeguards to make sure it doesn’t emit radiation that would interfere with other devices in the plane- standards that passengers’ personal electronic devices don’t necessarily meet Emissions from inside the plane could also interfere with sensitive antennae on the fixed exterior.

B. But despite running a numbs of studies, Boeing, Airbus and various government agencies haven’t been able to find clear evidence of problems caused by personal electronic devices, including mobile phones, “We’ve done our own studies. We’ve found cellphones actually have no impact on the navigation system,” Bays Maryazme Greczyn, a spokeswoman for Airbus Industries of North America in Herndon, Virginia, Nor do they affect other critical systems, she says. The only impact Airbus found? “Sometimes when a passenger is starting or finishing a phone call, the pilot hears a very slight beep in the headset,” she says.

C. The best evidence yet of a problem comes from a report released this year by Britain’s Civil Aviation Authority. Its researchers generated simulated cellphone transmissions inside two Boeing aircraft They concluded that the transmissions could create signals at a power and frequency that would not affect the latest equipment, but exceeded the safety threshold established in 1984 and might therefore affect some of the older equipment on board. This doesn’t mean “mission critical” equipment such as the navigation system and flight controls. But the devices that could be affected, such as smoke detectors and fuel level indicators, could still create serious problems for the flight crew if they malfunction.

D. Many planes still use equipment certified to the older standards, says Dan Hawkes, head of avionics at the CAA’s Safety Regulation Group. The CAA study doesn’t prove the equipment will actually fell when cellphone signals actually cause devices to fail.

E. In 1996, RTCA, a consultant hired by the Federal Aviation Administration in the US to conduct tests, determined that potential problems from personal electronic devices were ‘’low”. Nevertheless, it recommended a ban on their use during “critical” periods of flight, such as take- off and landing. RTCA didn’t actually test cellphones, but nevertheless recommended then wholesale ban on flights. But if “better safe than sorry” is the current policy, it’s applied inconsistently, according to Marshall Cross, the chairman of MegaWave Corporation, based in Boylston, Massachusetts. Why are cellphones outlawed when no one considers a ban on laptops? “It’s like most things in life. The reason is a little bit technical, a little bit economic and a little bit political,” says Cross.

F. The company wrote a report for the FAA in 1998 saying it is possible to build an on-board system that can detect dangerous signals from electronic devices. But Cross’s personal conclusion is that mobile phones aren’t the real threat “You’d have to stretch things pretty far to figure out how a cellphone could interfere with a plane’s systems,” he says. Cellphones transmit in ranges of around 400, 800 or 1800 megahertz. Since no important piece of aircraft equipment operates at those frequencies, the possibility of interference is very low. Cross says. The use of computers and electronic game systems is much more worrying, he says. They can generate very strong signals at frequencies that could interfere with plane electronics, especially ư a mouse is attached (the wire operates as an antenna or if their built-in shielding is somehow damaged. Some airlines are even planning to put sockets for laptops in seatbacks.

G. There’s fairly convincing anecdotal evidence that some personal electronic devices have interfered with systems. Air crew on one flight found that the autopilot was being disconnected, and narrowed the problem down to a passenger’s portable computer. They could actually watch the autopilot disconnect when they switched the computer on. Boeing bought the computer, took it to the airline’s labs and even tested it on an empty flight. But as with every other reported instance of interference, technicians were unable to replicate the problem.

H. Some engineers, however, such as Bruce Donham of Boeing, say that common sense suggests phones are more risky than laptops. “A device capable of producing a strong emission is not as safe as a device which does not have any intentional emission,” he says. Nevertheless, many experts think it’s illogical that cellphones are prohibited when computers aren’t. Besides, the problem is more complicated than simply looking at power and frequency. In the air, the plane operates in a soup of electronic emissions, created by its own electronics and by ground-based radiation. Electronic devices in the cabin-especially those emitting a strong signal-can behave unpredictably, reinforcing other signals, for instance, or creating unforeseen harmonics that disrupt systems.

I. Despite the Congressional subcommittee hearings last month, no one seems to be working seriously on a technical solution that would allow passengers to use their phones. That’s mostly because no one -besides cellphone users themselves- stands to gain a lot if the phones are allowed in the air. Even the cellphone companies don’t want it. They are concerned that airborne signals could cause problems by flooding a number of the networks’ base stations at once with the same signal This effect, called big footing, happens because airborne cellphone signals tend to go to many base stations at once, unlike land calls which usually go to just one or two stations. In the US, even if FAA regulations didn’t prohibit cellphones in the air, Federal Communications Commission regulations would.

J. Possible solutions might be to enhance airliners’ electronic insulation, or to fit detectors which warned flight staff when passenger devices were emitting dangerous signals. But Cross complains that neither the FAA, the airlines nor the manufacturers are showing much interest in developing these. So despite Congressional suspicions and the occasional irritated (or jailed) mobile user, the industry’s “better safe than sorry” policy on mobile phones seems likely to continue. In the absence of firm evidence that the international airline industry is engaged in a vast conspiracy to overcharge its customers, a delayed phone call seems a small price to pay for even the tiniest reduction in the chances of a plane crash. But you’ll still be allowed to use your personal computer during a flight. And while that remains the case, airlines can hardly claim that logic has prevailed.

The would-be risk surly exists, since the avionic systems on modern aircraft are used to manage flight and deal with ……….14………. Those devices are designed to meet the safety criteria which should be free from interrupting ……….15………… The personal use of mobile phone may cause the sophisticated ……….16……….outside of plane to dysfunction. Though definite interference in piloting devices has not been scientifically testified, the devices such as those which detect ……..17………in cabinet could be affected.

Use the information in the passage to match the Organization (listed A-E) with opinions or deeds below. Write the appropriate letters A-E in boxes 18-22 onyour answer sheet.

18.  Mobile usages should be forbidden in a specific time.

21.  The disruption of laptops is not as dangerous as cellphones.

22.  The mobile signal may have impact on earlier devices.

23. Almost an scientists accept that cellphones have higher emission than that of personal computers.

24. Some people believe that radio emission win interrupt the equipment on plane.

25. The signal interference-detecting device has not yet been developed because they are in priority far neither administrative department nor offer economic incentive. 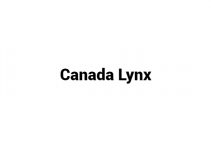 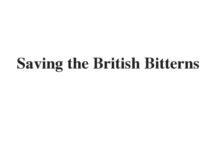 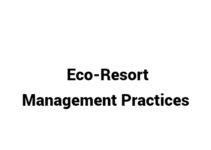