A. The importance of language management in multinational companies has never been greater than today. Multinationals are becoming ever more conscious of the importance of global coordination as a source of competitive advantage and language remains the ultimate barrier to aspirations of international harmonization. Before attempting to consider language management strategies, companies will have to evaluate the magnitude of the language barrier confronting them and in doing so they will need to examine it in three dimensions: the Language Diversity, the Language Penetration and the Language Sophistication. Companies next need to turn their attention to how they should best manage language. There is a range of options from which MNCs can formulate their language strategy.

B. Lingua Franca: The simplest answer, though realistic only for English speaking companies, is to rely on ones native tongue. As recently as 1991 a survey of British exporting companies found that over a third used English exclusively in dealings with foreign customers. This attitude that “one language fits all” has also been carried through into the Internet age. A survey of the web sites of top American companies confirmed that over half made no provision for foreign language access, and another found that less than 10% of leading companies were able to respond adequately to emails other than in the company’s language. Widespread though it is however, reliance on a single language is a strategy that is fatally flawed. It makes no allowance for the growing trend in Linguistic Nationalism whereby buyers in Asia, South America and the Middle East in particular are asserting their right to “work in the language of the customer”. It also fails to recognize the increasing vitality of languages such as Spanish, Arabic and Chinese that overtime are likely to challenge the dominance of English as a lingua franca. In the IT arena it ignores the rapid globalization of the Internet where the number of English-language e- commerce transactions, emails and web sites, is rapidly diminishing as a percentage of the total. Finally, the total reliance on a single language puts the English speaker at risk in negotiations. Contracts, rules and legislation are invariably written in the local language, and a company unable to operate in that language is vulnerable.

C. Functional Multilingualism: Another improvised approach to Language is to rely on what has been termed “Functional Multilingualism”. Essentially what this means is to muddle through, relying on a mix of languages, pidgins and gestures to communicate by whatever means the parties have at their disposal. In a social context such a shared effort to make one another understand might be considered an aid to the bonding process with the frustration of communication being regularly punctuated by moments of absurdity and humor. However, as the basis for business negotiations it appears very hit-and-nuts. And yet Hagen’s recent study suggests that 16% of international business transaction; are conducted in a “cocktail of languages.” Functional Multilingualism shares the same defects as reliance on a lingua franca and increases the probability of cognitive divergence between the parties engaged in the communication.

D. External Language Resources: A more rational and obvious response to the language barrier is to employ external resources such as translators and interpreters, and certainly there are many excellent companies specialized in these fields. However, such a response is by no means an end to the language barrier. For a start these services can be very expensive with a top Simultaneous Interpreter, commanding daily rates as high as a partner in an international consulting company. Secondly, any good translator or interpreter will insist that to be fully effective they must understand the context of the subject matter. This is not always possible. In some cases it is prohibited by the complexity or specialization of the topic. Sometimes by lack of preparation time but most often the obstacle is the reluctance of the parties to explain the wider context to an ’outsider”. Another problem is that unless there has been considerable pre-explaining between the interpreter and his clients it is likely that there will be ambiguity and cultural overtones in the source messages the interpreter has to work with. They will of course endeavour to provide a hi- fidelity translation but in this circumstance the intelpreter has to use initiative and guess work. This clearly injects a potential source of misunderstanding into the proceedings. Finally while a good interpreter will attempt to convey not only the meaning but also the spirit of any communication, there can be no doubt that there is a loss of rhetorical power when communications go through a third party. So in situations requiring negotiation, persuasion, humor etc. the use of an interpreter is a poor substitute for direct communication.

E. Training: The immediate and understandable reaction to any skills-shortage in a business is to consider personnel development and certainly the language training industry is well developed. Offering programs at almost every level and in numerous languages. However, without doubting the value of language training no company should be deluded into believing this to be assured of success. Training in most companies is geared to the economic cycle. When times are good, money is invested in training. When belts get tightened training is one of the first “luxuries” to be pared down. In a study conducted across four European countries, nearly twice as many companies said they needed language training in coming years as had conducted training in past years. This disparity between “good intentions” and “actual delivery”, underlines the problems of relying upon training for language skills. Unless the company is totally committed to sustaining the strategy even though bad times, it will fail.

F. One notable and committed leader in the field of language training has been the Volkswagen Group. They have developed a language strategy over many years and in many respects can be regarded as a model of how to manage language professionally. However, the Volkswagen approach underlines that language training has to be considered a strategic rather than a tactical solution. In their system to progress from “basics” to “communications competence” in a language requires the completion of 6 language stages each one demanding approximately 90 hours of refresher course, supported by many more hours of self-study, spread over a 6-9 month period. The completion of each stage is marked by a post-stage achievement test, which is a pre-requisite for continued training. So even this professionally managed program expects a minimum of three years of fairly intensive study to produce an accountant. Engineer, buyer or salesperson capable of working effectively in a foreign language. Clearly companies intending to pursue this route need to do so with realistic expectations and with the intention of sustaining the program over many years. Except in terms of “brush-up” courses for people who were previously fluent in a foreign language, training cannot be considered a quick fix and

MNCs often encounter language barrier in their daily strategy, then they seek several approaches to solve such problems. First, native language gives them a realistic base in a different language speaking country, but problem turned up when they deal with oversea_____27_____. For example, operation on translation of some key_____28_____, it is inevitable to generate differences by rules from different countries. Another way is to rely on a combination of spoken language and____29____, yet a report written that over one-tenth business _______30_____processed in a party language setting. Third way: hire translators. However, firstly it is ______31______, besides if they are not well- prepared, they have to resort to his/her own _____32_____ work.

33 What understandable reaction does Training pay attention to according to the author?

34 In what term does the writer describe training during economy depression?

35 What contribution does Volkswagen Group set up for multinational companies?

36 What does Volkswagen Group consider language training as in their company?

37 How many stages are needed from basic course to advanced in training?

38 How long does a refresher course (single stage) need normally?

39. At least how long is needed for a specific professional to acquire a foreign language?

40 What is the Main function of this passage?

A. to reveal all kinds of language problems that companies may encounter

B. to exhibits some well-known companies successfully dealing with language difficulties

D. to testify that training is only feasible approach to solve language problem 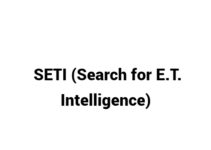