At the intersection of land and sea, mangrove forests support a wealth of life, from starfish to people, and may be more important to the health of the planet than we ever realized.

A Mangroves live life on the edge. With one foot on land and one in the sea, these botanical amphibians occupy a zone of desiccating heat, choking mud, and salt levels that would kill an ordinary plant within hours. Yet the forests mangroves form are among the most productive and biologically complex ecosystems on Earth. Birds roost in the canopy, shellfish attach themselves to the roots, and snakes and crocodiles come to hunt. Mangroves provide nursery grounds for fish; a food source for monkeys, deer, tree-climbing crabs, even kangaroos; and a nectar source for bats and honeybees.

B As a group, mangroves can’t be defined too closely. There are some 70 species from two dozen families—among them palm, hibiscus, holly, plumbago, acanthus, legumes, and myrtle. They range from prostrate shrubs to 200-foothigh (60 meters) timber trees. Though most prolific in Southeast Asia, where they are thought to have originated, mangroves circle the globe. Most live within 30 degrees of the Equator, but a few hardy types have adapted to temperate climates, and one lives as far from the tropical sun as New Zealand. Wherever they live, they share one thing in common: They’re brilliant adapters. Each mangrove has an ultrafiltration system to keep much of the salt out and a complex root system that allows it to survive in the intertidal zone. Some have snorkel-like roots called pneumatophores that stick out of the mud to help them take in air; others use prop roots or buttresses to keep their trunks upright in the soft sediments at tide’s edge.

C These plants are also landbuilders par excellence. Some Aborigines in northern Australia believe one mangrove species resembles their primal ancestor, Giyapara, who walked across the mudflats and brought the tree into existence. The plants’ interlocking roots stop river-borne sediments from coursing out to sea, and their trunks and branches serve as a palisade that diminishes the erosive power of waves.

D Despite their strategic importance, mangroves are under threat worldwide. They are sacrificed for salt pans, aquaculture ponds, housing developments, roads, port facilities, hotels, golf courses, and farms. And they die from a thousand indirect cuts: oil spills, chemical pollution, sediment overload, and disruption of their sensitive water and salinity balance. Calls for mangrove conservation gained a brief but significant hearing following the 2004 Indian Ocean tsunami. Where mangrove forests were intact, they served as natural breakwaters, dissipating the energy of the waves, mitigating property damage, perhaps saving lives. Posttsunami, the logic of allowing a country’s mangrove “bioshields” to be bulldozed looked not just flawed but reprehensible. Bangladesh has not lost sight of that logic, putting a great premium on the ability of mangroves to stabilize shores and trap sediments. The vast tidal woodland they form is known as the Sundarbans——literally “beautiful forest.” Today, it’s the largest surviving single tract of mangroves in the world.

E Throughout the tropical world it’s the same: Mangrove forests are the supermarkets, lumberyards, fuel depots, and pharmacies of the coastal poor. Yet these forests are being destroyed daily. One of the greatest threats to mangrove survival comes from shrimp farming. At first glance, shrimp might seem the perfect export for a poor country in a hot climate. Rich countries have an insatiable appetite for it (shrimp has overtaken tuna to become America’s favorite seafood), and the developing world has the available land and right climate to farm it.

F A prime location for shrimp ponds, though, happens to be the shore zone occupied by mangroves, an unhappy conflict of interests that has a predictable outcome: The irresistible force of commerce trumps the all-too-removable mangrove. To compound matters, shrimp farmers typically abandon their ponds after a few crop cycles (to avoid disease outbreaks and declining productivity) and move to new sites, destroying more mangroves as they go.

G As serious as the threat from shrimp farming is to the world’s remaining mangroves, there looms a potentially more disastrous problem: rising sea levels. Standing as they do at the land’s frontiers, mangroves will be the first terrestrial forests to face the encroaching tides.

H Loss of mangrove forests could prove catastrophic in ways only now becoming apparent. For more than 25 years Jin Eong Ong, a retired professor of marine and coastal studies in Penang, Malaysia, has been exploring a less obvious mangrove contribution: What role might these forests play in climate change? Ong and his colleagues have been studying the carbon budget of mangroves— the balance sheet that compares all the carbon inputs and outputs of the mangrove ecosystem—and they’ve found that these forests are highly effective carbon sinks. They absorb carbon dioxide, taking carbon out of circulation and reducing the amount of greenhouse gas. Mangroves may have the highest net productivity of carbon of any natural ecosystem, and as much as a third of this may be exported in the form of organic compounds to mudflats. Mangroves, it seems, are carbon factories, and their demolition robs the marine environment of a vital element.

I Ong’s team has also shown that a significant portion of the carbon ends up in forest sediments, remaining sequestered there for thousands of years. Conversion of a mangrove forest to a shrimp pond changes a carbon sink into a carbon source, liberating the accumulated carbon back into the atmosphere— but 50 times faster than it was sequestered. If mangroves were to become recognized as carbon-storage assets, that could radically alter the way these forests are valued, says Ong. If carbon trading becomes a reality—that is, if forest-rich, carbon-absorbing countries are able to sell so-called emissions credits to more industrialized, carbon-emitting countries—it could, at the least, provide a stay of execution for mangroves.

Questions 1-5  Complete the following summary of the paragraphs of Reading Passage, using no more than Three words from the Reading Passage for each answer. Write your answers in boxes 1-5 on your answer sheet.

Mangroves are outstanding 1 …………… who are able to live life in hard environment. There are two systems—2 …………… and 3 …………… enabling them to survive at the intersection of land and sea. Meanwhile, Mangroves have strategic importance. 4 …………… can be held by the roots, and the erosive power of waves can be reduced by their 5 …………… .

Questions 6-11  Do the following statements agree with the information given in Reading Passage 1? In boxes 6-11 on your answer sheet, write

6 Mangroves are various and similar.

7 We can find mangroves in Singapore.

8 Mangroves had played an important role in the 2004 Indian Ocean tsunami and saved lives.

9 Bangladesh is mentioned to have spent a huge sum of money on the mangroves.

10 In order to avoid loss, shrimp farmers will cut down the amount of ponds regularly.

11 Shrimp farming will greatly influence the function of mangroves that holding the carbon.

Questions 12-13  Choose the correct letter, A-F. Write your answers in boxes 12-13 on your answer sheet.

Which TWO of the followings are NOT mentioned to have put mangrove survival in danger?

B too much sediment 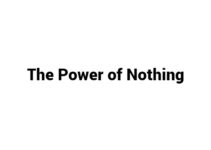 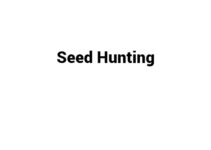 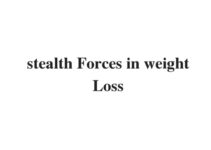