B In the late 18th century, French General Jean-Baptiste Vaquette de Gribeauval, promoted standardized weapons, which became known as the Systeme Gribeauval after it was issued as a royal order in 1765. (Its focus at the time was artillery more than muskets or handguns.) The crucial step toward interchangeability in metal parts was taken by Simeon North, working only a few miles from Eli Terry. North created one of the world’s first true milling machines to do metal shaping that previously was done by hand with a file. Diana Muir believes that North’s milling machine was online around 1816. While Whitney was certainly an innovator of the American System, others maintain that Whitney’s parts were not truly interchangeable and that credit should more appropriately go to John Hall, the New England gunsmith who built Muskets with flintlock for the United States government at the Harper’s Ferry armory. Flintlock ,as it was implied meant people used it to trigger the gun. Hall, born in Maine in 1769, built many of the machine tools needed for precision manufacturing and instituted a system that employed accurate gauges for measuring every aspect and piece of work his factory produced. Consequently, he achieved a much higher level of interchangeability and precision than did Whitney.

C Still others maintain that the credit for these modern innovations should go to a French gunsmith whose methods and results predated those of Whitney and Hall by at least a decade. In Britain, and somewhat simultaneously with Whitney, the Frenchman Marc Isambard Brunei adapted steam-driven machinery and assembly-line techniques to the production of 130,000 pulleys for the marine industry in just one year. Brunei’s achievements were made possible by the design and manufacture of several machine tools by the noted British inventor, Henry Maudslay.

D Maudslay’s contribution to modern mass production was the invention of precision machine tools capable of producing the identical parts necessary for mass production techniques which made producing guns cheaper . It is generally conceded that the British machine tool industry was far more advanced than that of the Americans in these early stages of mass production development. Simultaneous with Whitney’s innovations in the United States were those of Oliver Evans, whose many inventions in the flour milling process led to an automated mill that could be run by a singer miller.

E Samuel Colt and Elisha King Root were also very successful innovators in the development of industrial processes that could mass produce interchangeable parts for the assembly-line production of firearms. Colt and Root wished to advance the machining of parts so that even the most minute of tasks could be performed with the precision that they believed only machines could achieve. In these endeavors ) , Colt and Root were largely successful.

F Eli Terry also adapted mass production methods to clockmaking in the early 1800s, and George Eastman made innovations to assembly-line techniques in the manufacture and the developing of photographic film later in the century. Credit for the development of large scale, assembly-line, mass production techniques is usually given to Henry Ford and his innovative Model T production methods. Henry Ford had his workers standing in one place while parts were brought by on conveyor belts, and the car itself moved past the workers on another conveyor belt. Bodies were built on one line and the chassis and drive train were built on another. When both were essentially complete, the body was lowered onto the chassis for final assembly. Around the same time, production of guns also entered into the assembly line.

G Despite the fact that he was not the first, Ford can certainly be viewed as the most successful of these early innovators due to one simple fact—Ford envisioned and fostered mass consumption as a corollary to mass production. Ford’s techniques lessened the time needed to build a Model T from about twelve and a half hours to an hour and a half; the price was reduced as well—from $850 for the first Model T in 1908, to only $290 in 1927 after assembly-line techniques were introduced in 1913. The automobile was no longer a luxury for the rich, the Model T fast became a necessity for nearly everyone. Indeed, Ford sold almost half of all of the automobiles bought worldwide from 1908 to 1927—the years of Model T production. Apart from this ,people showed different views over whether guns should be involved in mass production. The expense opposition to ammunition was the first one to trigger the debate. Other equipment involved in war or preparation for war was also against. Let alone all these required a lot of workforce to accomplish.

H Assembly-line techniques also required that the manual skills necessary to build a product be altered. Previous to mass production techniques, as seen in the early manufacture of firearms, each workman was responsible for the complete manufacture and assembly of all of the component parts needed to build any single product. Mass production and parts interchangeability demanded that all parts be identical and the individual worker no longer be allowed the luxury of building a complete product based on his personal skills and inclinations. Machines came to dictate the production process, and each part—once created individually by hand—was now duplicated by a machine process that was merely guided by human control. The craft tradition, dominant in human endeavor for centuries, was abandoned in favor of a process that created parts by machine. Furthermore, assembly of these machine-made parts was divided into a series of small repetitive steps that required much less skill than traditional craftsmanship. Consequently, modern mass production techniques, while certainly increasing the efficiency of the manufacturing process and bringing industrial products within the reach of virtually all of humanity, apart from manufacturing ballpoint pens, making of gun is also part of it. But safety is also a factor to consider. People succeeded in restrain the production of guns resulting only 4 manufactures were permitted to produce guns in mass production.

Questions 28-33 The reading passage has seven paragraphs, A-H Choose the correct heading for paragraphs A-H from the list below. Write the correct number, i-xi, in boxes 28-33 on your answer sheet.

i The appearance of precision machine tools

v Successful elements for imposing restrictions on the production of guns

vi Controversy on the permission of guns production

vii The use of mass production to manufacture guns

34 What is the function of flintlock as mentioned in the passage?

A Grind the gun

B Decorate the gun

35 Why does the author quote an example concerning Ford?

A To demonstrate that mass production needed detailed techniques

C To emphasize that Ford was a successful enterprise

D To stress that cars were popular at that time in the U.S.

36 What is the main contribution of Maudslay？

A Introduced assembly line for producing interchangeable parts of guns

B Created useful tools for manufacture of guns with economic feasibility

People mainly expressed 37 ……………… to buying ammunition after the success of applying assembly line to the production of automobiles which led to the same practice for guns followed by a heated debate over this application. Besides, other 38 ……………… were needed in the war which demanded a big 39 ……………… to support.

Questions 40 Choose the correct letter,A, B,C or D. Write your answers in boxes 40 on your answer sheet.

40 Which might be the best subtitle for the passage?

A The origin of auto assembly line

B A marvelous advancement in firearm production

C The origin of mass production 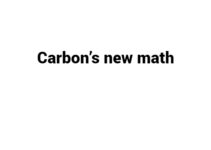