A An international protest this week aims to demonstrate the truth about homeopathy-that there/s literally nothing in it, says Martin Robbins AT 10.23 am on 30 January, more than 300 activists in the UK, Canada, Australia and the US will take part in a mass homeopathic “overdose”. Skeptics will publicly swallow an entire bottle of homeopathic pills to demonstrate to the public that homeopathic remedies, the product of a scientifically unfounded 18th-century ritual, are simply sugar pills. Many of the skeptics will swallow 84 pills of arsenicum album, a homeopathic remedy based on arsenic which is used to treat a range of symptoms, including food poisoning and insomnia. The aim of the “10:23” campaign, led by the Merseyside Skeptics Society, based in Liverpool, UK, is to raise public awareness of just exactly what homeopathyis, and to put pressure on the UK’s leading pharmacist, Boots, to remove the remedies from sale. The campaign is called 10:23in honor of the Avogadro constant (approximately 6 x 1023, the number of atoms or molecules in one mole of a substance), of which more later.

B That such a protest is even necessary in 2010 is remarkable, but somehow the homeopathic industry has not only survived into the 21st century, but prospered. In the UK alone more than £40 million is spent annually on homeopathic treatments, with £4 million of this being sucked from the National Health Service budget. Yet the basis for homeopathy defies the laws of physics, and high-quality clinical trials have never been able to demonstrate that it works beyond the placebo effect.

C The discipline is based on three “laws”; the law of similars, the law of infinitesimals and the law of succession. The law of similars states that something which causes your symptoms will cure your symptoms, so that, for example, as caffeine keeps you awake, it can also be a cure for insomnia. Of course, that makes little sense, since drinking caffeine, well, keeps you awake. Next is the law of infinitesimals, which claims that diluting a substance makes it more potent. Homeopaths start by diluting one volume of their remedy- arsenic oxide, in the case of arsenicum album-in 99 volumes of distilled water or alcohol to create a “centesimal”. They then dilute one volume of the centesimal in 99 volumes of water or alcohol, and so on, up to 30 times. Application of Avogadro’s constant tells you that a dose of such a “30C” recipe is vanishingly unlikely to contain even a single molecule of the active ingredient. The third pillar of homeopathy is the law of succession. This states-and I’m not making this up-that by tapping the liquid in a special way during the dilution process, a memory of the active ingredient is somehow imprinted on it. This explains how water is able to carry a memory of arsenic oxide, but apparently not of the contents of your local sewer network.

D The final preparation is generally dropped onto a sugar pill which the patient swallows. Homeopaths claim that the application of these three laws results in a remedy that, even though it contains not a single molecule of the original T-T-J.—ingredient, somehow carries an “energy signature” of it that |B|JLijgyfct nobody can measure or detect. Unsurprisingly, when tested under rigorous scientific conditions, in randomized, controlled and doubleblind trials, homeopathic remedies have shown to be no better than a placebo. Of course, the placebo effect is quite powerful, but it’s a bit like justifying building a car without any wheels on the basis that you can still enjoy the comfy leather seats and play with the gear shift.

E Even some retailers who sell the treatments have admitted there is no evidence that they work. In November, Paul Bennett, the superintendent pharmacist at Boots, appeared before the UK parliament’s Commons Science and Technology Committee’s “evidence check” on homeopathy. He was questioned by Member of Parliament Phil Willis, who asked: “Do they work beyond the placebo effect?” I have no evidence before me to suggest that they are efficacious,” Bennett replied. He defended Boots’s decision to sell homeopathic remedies on the grounds of consumer choice. “A large number of our consumers actually do believe they are efficacious, but they are licensed medicinal products and, therefore, we believe it is right to make them available,” he said.

F You might agree. You might also argue that homeopathy is harmless: if people want to part with their money for sugar pills and nobody is breaking the law, why not let them? To some extent that’s true-there’s only so much damage you can do with sugar pills short of feeding them to a diabetic or dropping a large crate of them on someone’s head. However, we believe there is a risk in perpetuating the notion that homeopathy is equivalent to modern medicine. People may delay seeking appropriate treatment for themselves or their children.

G We accept that we are unlikely to convince the true believers. Homeopathy has many ways to sidestep awkward questions, such as rejecting the validity of randomized controlled trials, or claiming that homeopathic remedies only work if you have symptoms of the malady they purport to cure. Our aim is to reach out to the general public with our simple message: “There is nothing in it”. Boots and other retailers are perfectly entitled to continue selling homeopathic remedies if they so wish and consumers are perfectly entitled to keep on buying them. But hopefully the 10:23 campaign will ram home our message to the public. In the 21st century, with decades of progress behind us, it is surreal that governments are prepared to spend millions of tax pounds on homeopathy. There really is nothing in it.

Questions 1-7  Choose the correct heading for each paragraph from the list of heading below. Write the correct number, i-ix, in boxes 1-7 on your answer sheet.

i The definition of three laws

ii Quoting three laws to against the homeopathy

iii There are many methods of avoiding answering ambiguous questions.

iv The purpose of illustrating the symptoms of homeopathy

v The constant booming of homeopathy

vi Some differences between homeopathy and placebo

vii Placebo is better than homeopathy

viii A example of further demonstrating the negative effect of homeopathy.

ix The purpose of staging an demonstration to against homeopathy

Questions 8-14  Do the following statements agree with the information given in the reading passage 1?

In boxes 8-14 on your answer sheet write

8 Skeptics planning to hold a demonstration in “10.23”campaign is to against UK’s leading pharmacist, Boots.

10 The example of Caffeine is to present that homeopathy resists the laws of similars.

11 Instilling the idea to people that homeopathy is equal to modern medicine poses danger.

12 Paul Bennett claimed that taking the homeopathic medicine is effective.

13 The adoption of homeopathy mainly contributes to the delay of seeking appropriate treatment for themselves or their children.

14 The campaign has exerted pressure on Boots and other retailers 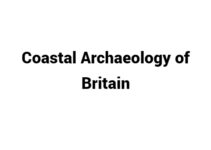