A It was born amid a blaze of hype at the height of the dotcom boom, but initially failed to thrive. Indeed, Bluetooth, a short-range wireless technology used to interconnect portable devices, has been declared dead on many occasions. Early versions of the technology suffered from compatibility problems; an ambitious demonstration of the technology at a trade show in 2001 failed to work. And while Bluetooth struggled despite all the hype from its backers, another wireless technology, Wi-Fi, took off on its own. Obituaries of Bluetooth have appeared many times in the technology press, usually attributing its demise to the success of Wi-Fi. “Bluetooth is in full retreat,” declared Sean Maloney, an Intel executive, in 2001. “Bluetooth is dead,” said Craig Mathias, an analyst at the Farpoint Group, in 2003. Other analysts issued similar verdicts.

B But reports of the death of Bluetooth proved to be premature: today it is in rude health. Sales of Bluetooth devices more than doubled in 2005 to reach 320m units, and the figure is expected to exceed 520m this year~equivalent to more than 10m units a week and far outstripping sales of Wi-Fi chips, for those who insist on the comparison. Around one in four mobile phones sold now support Bluetooth. And after years of insisting that Bluetooth was more than just a way to link a wireless headset to a mobile phone, its backers seem to have been vindicated, as other uses for Bluetooth have at last begun to emerge. Last year 60% of Bluetooth chips went into mobile handsets and 15% into wireless headsets, says Scott Smyser of iSuppli, a market-research firm, but the other 25% went into other devices, from laptop computers, keyboards and mice to Bluetooth-enabled clothing.

C This success, after its rocky start, is due to a combination of factors, says Stuart Carlaw, an analyst at ABIResearch. In many countries Bluetooth’s fortunes were boosted by new legislation banning the use of mobile phones without a hands-free kit while driving. This prompted many people to buy Bluetooth headsets. Several carmakers, led by Audi, also began to incorporate microphones and speakers, capable of connecting to a handset via Bluetooth, into their vehicles. As consumers became more aware of Bluetooth and began to ask for it, handset-makers started to include it as a means of differentiating their products and increasing their margins. Adding a Bluetooth chip to a phone now costs very little— around $2, says Mr Carlaw, down from $20 in 2001-but allows the manufacturer to increase the price of the handset by far more, and opens up a new market for high-margin accessories. Finally, operators began offering Bluetooth headsets (typically end-of-line products that cost very little) as incentives to new customers. Again, the perceived value of the headset is far higher than its cost to the operator, so this increases margins.

D Greater adoption has, in turn, cleared the way for the inclusion of Bluetooth in all kinds of new products. In addition to Bluetooth-enabled jackets, motorcycle helmets and sunglasses with built-in wireless headsets, the controllers for two next-generation video-games consoles due to be launched later this year, Sony’s PlayStation 3 and Nintendo’s Wii, will use Bluetooth. Because Bluetooth is an industry standard, both console-makers can buy chips and software off the shelf, which is quicker and cheaper than developing their own proprietary technologies, says Mr Carlaw. Other new applications include stereo wireless headphones for use with MP3playersApple is rumoured to be working on a Bluetooth iPod—and connecting MP3players to in-car stereo systems via Bluetooth. “Bluecasting”, the beaming of information to handsets from Bluetooth-enabled posters, once a science-fiction scenario, has also become feasible, now that a large proportion of consumers have Bluetoothcapable phones.

E In March the Bluetooth Special Interest Group, the not-for-profit body that promotes and directs the development of the technology,announced that version 3.0 of Bluetooth would be based on ultrawideband radio technology, which allows for data-transfer rates hundreds of times faster than is possible today. “This will open up completely new application areas from 2008,” says Alan Woolhouse of Cambridge Silicon Radio, a British company that is the leading manufacturer of Bluetooth chips. Higher data rates will, for example, make it possible to transfer music to MP3players, or beam photographs or video from digital cameras to televisions, without using wires.

F All of which provides a valuable lesson about the nature of standards wars. Too often such fights are portrayed as “winner-take-all” contests in which only one victor can emerge. This makes for more exciting headlines, but very few standards battles (the fight over high-definition video-disc formats springs to mind) are actually like this. Supposedly rival technologies often end up coexisting and serving different needs, as happened with Wi-Fi and Bluetooth. “I don’t think they were ever really on the same battlefield,” declares Mr Carlaw. “We see them as complementary—they do different things,” says Mr Woolhouse. “It’s horses for courses.”

G Although declarations of the death of Bluetooth have now subsided, there is no shortage of predictions that other technologies are doomed. Wi-Fi and WiMax, some people believe, fatally undermine the case for third-generation (3G) mobile networks; ever-more-elaborate smartphones are, it is frequently predicted, turning into “iPod killers” or “BlackBerry killers”; and the proponents of software-as-a-service, delivered via the web as a subscription service, say it will wipe out traditional software. But the lesson of Bluetooth’s quiet success is that such predictions should be taken with a grain of salt. In each case, coexistence is more likely than an outright victory for any single approach. Remember that next time someone declares one new technology to be dead at the hands of another.

Write the correct letter A-G, in boxes 14-19 on your answer sheet.

18 Every technology has its own advantage

What is the reasons that make bluetooth successful? please choose THREE reasons mentioned in this passage.

B Legislation forbids hand use of mobile when driving

C Bluetooth headsets are given free to customers

Questions 22-25  Complete the following summary of the paragraphs of Reading Passage, using no more than three words from the Reading Passage for each answer. Write your answers in boxes 22-25 on your answer sheet.

Attractive headlines usually technological product as 22 ………………… competition. Unfortunately, several competitors would be 23 ………………… rather than happened like this. Nevertheless, negative predictions still exist about some technology’s disappearance. For example, they insist that Wi-Fi and WiMax pose destructive threat to mobile networks of 24 ………………… , or popular 25 ………………… would be the terminator to ipod or blackberry. However, lessons from bluetooth indicate that they are “ horses for course” 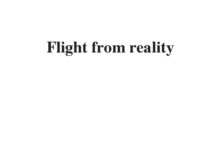