A. It’s Britain’s dodo, called interrupted brome because of its gappy seed-head, this unprepossessing grass was found nowhere else in the world. Sharp-eyed Victorian botanists were the first to notice it, and by the 1920s the odd- looking grass had been found across much of southern England. Yet its decline was just as dramatic. By 1972 it had vanished from its last toehold-two hay fields at Pampisford, near Cambridge. Even the seeds stored at the Cambridge University Botanic Garden as an insurance policy were dead, having been mistakenly kept at room temperature. Botanists mourned: a unique living entity was gone forever.

B. Yet reports of its demise proved premature. Interrupted brome has come back from the dead, and not through any fancy genetic engineering. Thanks to one green-fingered botanist, interrupted brome is alive and well and living as a pot plant. Britain’s dodo is about to become a phoenix, as conservationists set about relaunching its career in the wild.

C. At first, Philip Smith was unaware that the scrawny pots of grass on his bench were all that remained of a uniquely British species. But when news of the “extinction” of Bromus interruptus finally reached him, he decided to astonish his colleagues. He seized his opportunity at a meeting of the Botanical Society of the British Isles in Manchester in 1979, where he was booked to talk about his research on the evolution of the brome grasses. It was sad, he said, that interrupted brome had become extinct, as there were so many interesting questions botanists could have investigated. Then he whipped out two enormous pots of it. The extinct grass was very much alive.

D. It turned out that Smith had collected seeds from the brome’s last refuge at Pampisford in 1963, shortly before the species disappeared from the wild altogether. Ever since then, Smith had grown the grass on, year after year. So in the end the hapless grass survived not through some high-powered conservation scheme or fancy genetic manipulation, but simply because one man was interested in it. As Smith points out, interrupted brome isn’t particularly attractive and has no commercial value. But to a plant taxonomist, that’s not what makes a plant interesting.

E. The brome’s future, at least in cultivation, now seems assured. Seeds from Smith’s plants have been securely stored in the state-of-the-art Millennium Seed Bank at Wakehurst Place in Sussex. And living plants thrive at the botanic gardens at Kew, Edinburgh and Cambridge. This year, “bulking up” is under way to make sure there are plenty of plants in all the gardens, and sackfuls of seeds are being stockpiled at strategic sites throughout the country.

F. The brome’s relaunch into the British countryside is next on the agenda. English Nature has included interrupted brome in its Species Recovery Programme, and it is on track to be reintroduced into the agricultural landscape, if friendly farmers can be found. Alas, the grass is neither pretty nor useful-in fact, it is undeniably a weed, and a weed of a crop that nobody grows these days, at that. The brome was probably never common enough to irritate farmers, but no one would value it today for its productivity or its nutritious qualities. As a grass, it leaves agriculturalists cold. So where did it come from? Smith’s research into the taxonomy of the brome grasses suggests that interruptus almost certainly mutated from another weedy grass, soft brome, hordeaceus. So close is the relationship that interrupted brome was originally deemed to be a mere variety of soft brome by the great Victorian taxonomist Professor Hackel. But in 1895, George Claridge Druce, a 45-year-old Oxford pharmacist with a shop on the High Street, decided that it deserved species status, and convinced the botanical world. Druce was by then well on his way to fame as an Oxford don, mayor of the city, and a fellow of the Royal Society. A poor boy from Northamptonshire and a self-educated man, Druce became the leading field botanist of his generation. When Druce described a species, botanists took note.

H. The brome’s parentage may be clear, but the timing of its birth is more obscure. According to agricultural historian Joan Thirsk, sainfoin and its friends made their first modest appearance in Britain in the early 1600s. Seeds brought in from the Continent were sown in pastures to feed horses and other livestock. But in those early days, only a few enthusiasts-mostly gentlemen keen to pamper theft best horses—took to the new crops.

I. Although the credit for the “discovery” of interrupted brome goes to a Miss A. M. Barnard, who collected the first specimens at Odsey, Bedfordshire, in 1849. The grass had probably lurked undetected in the English countryside for at least a hundred years. Smith thinks the botanical dodo probably evolved in the late 17th or early 18th century, once sainfoin became established.

J. Like many once-common arable weeds, such as the corncockle, interrupted brome seeds cannot survive long in the soil. Each spring, the brome relied on farmers to resow its seeds; in the days before weedkillers and sophisticated seed sieves, an ample supply would have contaminated stocks of crop seed. But fragile seeds are not the brome’s only problem: this species is also reluctant to release its seeds as they ripen. Show it a ploughed field today and this grass will struggle to survive, says Smith. It will be difficult to establish in today’s “improved” agricultural landscape, inhabited by notoriously vigorous competitors.

1. The name for interrupted brome is very special as its head shaped like
a sharp eye

2. Interrupted brome thought to become extinct because there were no live seed even in a labs condition.

4.  Reborn of the interrupted brome is attributed more to scientific meaning than seemingly aesthetic or commercial ones

5. English nature will operate to recover interrupted brome on the success of survival in Kew.

Use the information in the passage to match the people (listed A-F) with opinions or deeds below. Write the appropriate letters A-F in boxes 8-13 on your answer sheet.

Choose the people who

9. identified the interrupted brome as just to its parent brome

11. discovered and picked the first sample of interrupted brome

12. recorded the first ‘show up’ of sainfoin plants in Britain

13. collected the last seeds just before its extinction 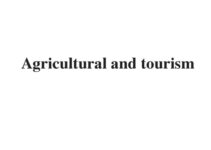 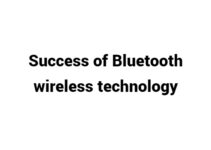