A. It was, as Dava Sobel has described a phenomenon: ‘the greatest scientific problem of the age’. The reality was that in the 18th century no one had ever made a clock that could suffer the great rolling and pitching of a ship and the large changes in temperature whilst still keeping time accurately enough to be of any use. Indeed, most of the scientific community thought such clock impossibility. Knowing one’s position on the earth requires two very simple but essential coordinates; rather like using a street map where one thinks in terms of how far one is up/down and how far side to side.

B. The longitude is a measure of how far around the world one has come from home and has no naturally occurring base line like the equator. The crew of a given ship was naturally only concerned with how far round they were from their own particular home base. Even when in the middle of the ocean, with no land in sight, knowing this longitude position is very simple in theory. The key to knowing how far around the world you are from home is to know, at that very moment, what time it is back home. A comparison with your local time (easily found by checking the position of the Sim) will then tell you the time difference between you and home, and thus how far round the Earth you are from home.

C. Up until the middle of the 18th century, navigators had been unable to determine their position at sea with accuracy and they faced the huge attendant risks of shipwreck or running out of supplies before reaching then destination. The angular position of Moon and other bright stars was recorded in three-hour intervals of Greenwich Time. In order to determine longitude, sailors had to measure the angle between Moon centre and a given star – lunar distance – together with height of both planets using the naval sextant. The sailors also had to calculate the Moon’s position if seen form the centre of Earth. Time corresponding to Greenwich Time was determined using the nautical almanac. Then the difference between the obtained time and local time served for calculation in longitude from Greenwich. The great flaw in this ‘simple’ theory was – how does the sailor know time back home when he is in the middle of an ocean?

D. The obvious and again simple answer is that he takes an accurate clock with him, which he sets to home time before leaving. All he has to do is keep it wound up and running, and he must never reset the hands throughout the voyage This clock then provides ‘home time’, so if, for example, it is midday on board your ship and your ‘home time’ clock says that at that same moment it is midnight at home, you know immediately there is a twelve hour time-difference and you must be exactly round the other side of the world, 180 degrees of longitude from home.

E. After 1714 when the British government offered the huge sum of £20,000 for a solution to the problem, with the prize to be administered by die splendidly titled Board of Longitude. The Government prize of £20,000 was the highest of three sums on offer for varying degrees of accuracy, the full prize only payable for a method that could find the longitude at sea within half a degree. If the solution was to be by timekeeper (and there were other methods since the prize was offered for any solution to the problem), then the timekeeping required to achieve this goal would have to be within 2.8 seconds a day, a performance considered impossible for any clock at sea and unthinkable for a watch, even under the very best conditions.

F. It was this prize, worth about £2 million today, which inspired the self-taught Yorkshfre carpenter, John Harrison, to attempt a design for a practical marine clock. During the latter part of his early career, he worked with his younger brother James. Their first major project was a revolutionary turret clock for the stables at Brocklesby Park, seat of the Pelham family. The clock was revolutionary because it required no lubrication. 18th century clock oils were uniformly poor and one of the major causes of failure in clocks of the period. Rather than concentrating on improvements to the oil, Harrison designed a clock which didn’t need it. In 1730 Harrison created a description and drawings for a proposed marine clock to compete for the Longitude Prize and went to London seeking financial assistance. He presented his ideas to Edmond Halley, the Astronomer Royal. Halley referred him to George Graham, the country’s foremost clockmaker. He must have been impressed by Harrison, for Graham personally loaned Harrison money to build a model of his marine clock. It took Harrison five years to build Harrison Number One or HI. He demonstrated it to members of the Royal Society who spoke on his behalf to the Board of Longitude. The clock was the first proposal that the Board considered to be worthy of a sea trial. In 1736,

G. After several attempts to design a betterment of HI, Harrison believed that the ‘ solution to the longitude problem lay in an entirely different design. H4 is completely different from the other three timekeepers. It looks like a very large pocket watch. Harrison’s son William set sail for the West Indies, with H4, aboard the ship Deptford on 18 November 1761. It was a remarkable achievement but it would be some time before the Board of Longitude was sufficiently satisfied to award Harrison the prize.

H. John Hadley, an English mathematician, developed sextant, who was a competitor of Harrison at that time for the luring prize. A sextant is an instrument used for measuring angles, for example between the sun and the horizon, so that the position of a ship or aeroplane can be calculated. Making this measurement is known as sighting the object, shooting the object, or taking a sight and it is an essential part of celestial navigation. The angle, and the time when it was measured, can be used to calculate a position line on a nautical or aeronautical chart. A sextant can also be used to measure the Lunar distance between the moon and another celestial object (e.g., star, planet) in order to determine Greenwich time which is important because it can then be used to determine the longitude.

I. The majority within this next generation of chronometer pioneers were English, but the story is by no means wholly that of English achievement. One French name, Pierre Le Roy of Paris, stands out as a major presence in the early history of the chronometer. Another great name in the story is that of the Lancastrian, Thomas Eamshaw, a slightly younger contemporary of John Arnold’s. It was Eamshaw who created the final form of chronometer escapement, the spring detent escapement, and finalized the format and the production system for the marine chronometer, making it truly an article of commerce, and a practical means of safer navigation at sea over the next century and half.

The reading Passage has ten paragraphs A-I.
Which paragraph contains the following information? Write the correct letter A-I, in boxes 1-5 on your answer sheet.

1. introduction of a millman under awards

2. the definition of an important geographical term

3. a rival against Harrison’s invention emerged

4. problems of sailor encountered in identifying the position on the sea

5. economic assist from another counterpart

Do the following statements agree with the information given in Reading Passage 1 In boxes 6-8 on your answer sheet, write

6. It is with no great effort by sailors to calculate the position when in the center of the ocean theoretically.

7. To determine the longitude, a measurement of distance from moon to a given star is a must.

8. In theory, by calculating the longitude degrees covered by a sail journey, the distance between the start and the end points can be obtained.

Hundred years ago, sailors tried to identify their time by checking the sun or stars, but the trouble was that they did need a reliable clock which showed time of ……9……. And the timekeeper required would be to precisely tell a tangible time lapse confined to ……10……

An extraordinary craftsman, Harrison, once created a novel clock which did not rely on …11……to work properly. Later on, competitive mode of……12……. was another prominent device designed by Hadley, which calculated angle between sun and the earth. Base on Harrison’s effort, Earns haw eventually implement key components for……13……., which had been used ever since. 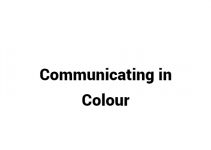 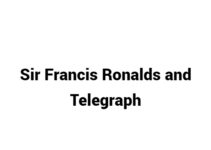 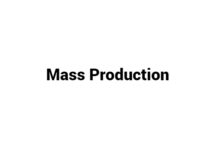