Describe a difficult thing you did well

I’d like to talk about my experience of taking the National Judicial examination last September. It’s one of the most difficult qualification exams in China as the pass rate is only about 10% every year. Plus, since the exam covers many different laws in China, I had to read and study tons of law books and memorize countless legal clauses ,which stressed me out during the preparation stage.

But I had to pull myself together and take the exam until I passed, or I wouldn’t have a job in the legal industry. So I spent about half a year preparing for it. I took lots of online classes and studied law day in and day out. I literally dreamed about legal cases several times. To be honest, I didn’t even know I had that kind of grit before I started preparing for the exam.

Anyway, after I finished the exam, I waited about two months to get the result. That was the most anxious and stressful period of time I’ve ever had in my life. Fortunately, it turned out that I passed the exam and by a lot! I was over the moon and burst into tears seeing my good score. Ireally felt like all my effort paid off at that moment. You know, I’m finally qualified to be a lawyer!

So it seems that some difficult things You won’t know the result until you really try it, and if you work hard enough, your effort will pay off.

1. What do children usually find difficult to do?

Children usually fmd it difficult to concentrate. They have a ton of energy. So they’d rather run around and play with their friends than focus on their homework. They might even have trouble listening in class when they’re surrounded by their friends. It’s tempting to just talk amongst themselves instead of listening to the teacher. It can also be hard for children to master some social skills, like sharing and communicating.

2. How do kids solve problems?

Kids often solve problems by turning to their parents for advice. If they’re stuck on a math problem in their homework, they might ask their parents to walk them through it. Or they might even ask the teacher for more guidance in math class. When it comes to more complex problems, like issues in their friendships, they might work out the problem among themselves. That helps them develop more independence. Generally speaking, it is a good idea for children to try to solve problems on their own because that is how they can develop more resilience and confidence.

3. How can parents guide or help their children to do things that seem difficult?

Parents can help children by providing encouragement and modelling the things that they want their child to dom. So, for example, if a child is learning to tie their shoes, parents can help them by fast showing them how to do it, then guiding them to do it on their own. Parents can also help by showing their kids a clear step-by-step process’s to make the task simpler.

4. Should children face difficult problems or challenges all by themselves?

I think it is important for children to face some problems on their own so that they develop more confidence. For example, if they get into an argument with their friend, they should try to talk it out so they can learn to be more independent. But whenever they are faced with a very difficult or confusing problem they should probably go to an adult for help. Serious problems like bullying or abuse should always be dealt with by a responsible adult.

Yes I would say that confidence is important in every aspect of daily life. In order to be successful and to take risks in life, people need to have enough confidence in themselves first. This is true in school, work, or social environments. That being said , there is always a risk of people developing overconfidence, which would be a problem if they start to think that they can never do anything wrong.

I suppose that every job requires confidence, although sonic require more confidence than others. Jobs where you have to lead a team of people require the most confidence, because you need to convince your team that you are the right person to take control. You also have to be confident if you’re a performer of any kind. For example, singers and actors need to be comfortable performing in front of other people, which requires a lot of confidence. 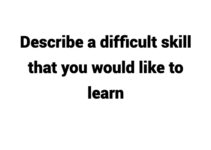 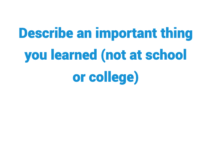 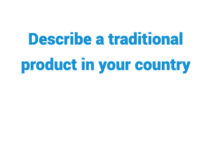