Describe a famous athlete you know

You should say:
– Who he/she is
– How you knew him/her
– What he/she has achieved
– And explain why he/she is famous

Being a big fan of basketball, I have long idolized the legend of this sport – Michael Jordan, also known as MJ. I first got curious about his life when I saw a logo portraying him on a product of the brand, Nike, and his life turned out to be intriguing to me.

He played in the position of shooting guard in one of the most renowned teams, the Chicago Bulls, and was famous for his exceptional leaping ability, illustrated by performing slam dunks from the free throw line. Early in his NBA career, while playing for the University of North Carolina, he appeared on the cover of Sports Illustrated with the heading “A star is born” just over a month into his professional career. It was not only his talent but also his dedication that made him a strong clutch performer. He spent hours studying films of his opponents to improve his defense.

Even when his right knee was injured, Jordan did not miss any games in the season from 1986 to 2000 Throughout his career, he led the Chicago Bulls to six championships, was awarded the NBA Most Valuable Player five times and was the first player to be honored with both the NBA’s Defensive Player of the year award and Most Valuable Player awards. All the compliments that journalists gave him were not an overstatement.

Although Michael Jordan retired in 2003, his skills and his legacy are still a great inspiration for any basketball player or person considering pursuing a basketball career. He is also active in charity activities. His clothing line, Jordan brand, has made donations to different organizations across America. It’s difficult to describe how amazing Michael Jordan is in words, just watch a few of his videos playing in NBA games or his interviews, you’ll figure it out yourself.

Most Vietnamese people are not very physically active. That is why there has been a drastic rise in diseases like obesity and diabetes in Vietnam. However, at the same time, many people in Vietnam go for a morning walk and do yoga.

2. What characteristics do you think an athlete should have?

I think the two most important qualities for an athlete are discipline and self-confidence. One cannot achieve success overnight; it requires regular hard work and that means discipline and discipline is not just restricted to exercise but also to diet. Moreover, in all sports and gymnastics, mental toughness is as important as physical fitness, if not more.

3. Why are there so few top athletes?

Because the journey to become a top athlete is full of struggles and obstacles. Although many people have the physical strength and fitness to reach the level, they don’t have the mental toughness required to keep going. In fact, many talented people let go in the middle because they are unable to keep up with the daily struggles and challenges.

4. What’s the best way to become a top athlete?

I think the first requirement to become a top athlete is to start early. Nearly all the athletes today are those who started when they were children. For example, Roger Federer started playing tennis at the age of three. Then, it’s all about will power and dedication. 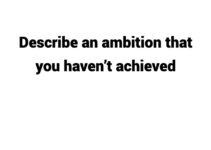