Describe a thing you did to learn another language

– What language you learned

– How it helped you learn the language

– And how you felt about it

Learning is a good thing. Learning opens up new possibilities for a better career. I would like to talk about a new language that I have learned in the past four months and still am learning. I want to learn the Spanish language. I work in a multinational corporation that deals with different countries where French and Spanish are spoken.

Firstly, it is very difficult to find Spanish language classes because most classes are taught only in French or English. I chose to learn this language online. I felt this language was very difficult at first, but I don’t give up. I have created a strategy for learning new words. I download loo words and set a learning objective within a week. So far, I write down the meaning of each word in English as well as in Hindi so that I can easily use it in sentence form.

The second thing I did was to use a word in my everyday conversation. I also received support from technology. I bought Alexa, mainly to speak. I instructed him to speak English and Spanish. This way, I practice. I did it for three months now I’m able to understand and speak the Spanish language. I am very happy because our company will be launching a project in the next two months that is based primarily on the Spanish nations. I may have the opportunity to travel to these countries as only four to five employees are able to speak and understand Spanish.

1. What difficulties do people face when learning a language?

One of the challenges is the phonological difference. There are some sounds that exist in one language but not in the other language. Another difficulty is learning the grammar and the sentence structure of the new language.

2. Do you think language learning is important? Why?

Yes, I think language learning is important as it develops skills such as communication and cultural awareness. Learning a foreign language also opens all sorts of career opportunities. Learning new languages leads to cognitive development. Bilingual and multilingual children do better in other subjects too.

3. Which is better, to study alone or to study in a group? Why?

It is better to study in a group. Students derive energy from being around other students and are motivated to study. Concepts that are hard to grasp by yourself are easier to understand from another person’s perspective. People usually procrastinate when studying alone but, in a group, one is accountable and must be present.

4. What’s the best way to learn a language?

There are many ways to learn a language. There is no one best way. One must do a combination of things to get fluent in a language like practicing daily on language learning apps like Duolingo, watching movies in the foreign language, reading books and newspapers, having a tutor or a native speaker online to practice with, and traveling to those countries.

Image : Photo by Sigmund on Unsplash 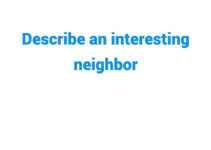 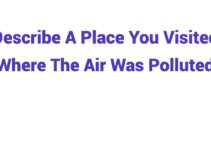 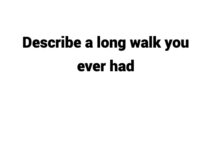