– Where it would be

– Why you would like to live in this house/apartment

– And how you feel about this house/apartment

I currently live in our house which is a 2 storied building. But in the future, I would like to live in a farmhouse in my hometown. The house would be a small one with 4-5 rooms in it. But there would be plenty of trees, gardens, ponds and open spaces in from of the house. I want to live close to nature rather than living in a cramped metropolitan building. The house would be built with woods, leaves, some modern materials and tin. There would be a big veranda in front of the house. Trees would be all around the house.

Currently, I am living in a metropolitan city and leading a busy life. I do not wish to live in this crowded and busy city after my retirement. I have a plan to take early retirement and then build a farmhouse in my hometown that would allow me living in a place which offers fresh air, clean environment, pollution-free living and healthy and fresh food. This is the main reason I want to live there. Secondly, I already have a house there and converting it to a farmhouse would not be that difficult. Finally, I don’t want to live an idle life after my retirement and building a farmhouse and living there would allow me to get involved in many works that I won’t be able to do at my current living place.

1. Do most people live in an apartment or house?

I think it depends on the region they are living in. In most of the big cities, like the metropolitan cities, people live in apartments, as there is a scarcity of land in such places and to accommodate the ever-increasing population, there are more and more apartment buildings being built. However, in the small cities, towns and the countryside, we can find people mostly living in houses, rather than apartments.

2. Do young people in your country like to live with their parents or by themselves?

3. Would you live in a foreign country in the future?

Yes, definitely. I would like to live in a foreign country in the future. I plan to pursue my education abroad. I think there are better education facilities and better job opportunities in developed countries.

4. How is modern home design in your country different to that of the past?

The modern home design is very different to that of the past, in my country. The material being used now in the construction of houses if much advanced, like weather proof paints, insulated walls, sound proof windows, etc. The design of the modern houses is according to the space available. There is better utilization of space in the modern home designs. The homes in the past used to be more spacious and not equipped to handle the latest electronic gadgets and equipment, like washing machine, microwave, dishwashers & so on.

5. In your country what type of home do most people live in?

Vietnam is a vast and diverse country. People live in different types of houses, depending on the region and the climate in that region. For example, in the eastern parts of Vietnam, houses made from bamboo are very common. In regions where there is snowfall, sloped houses are common. In plain areas, people design their houses, as per the area and space available. 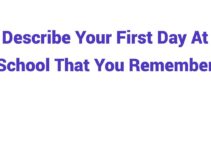 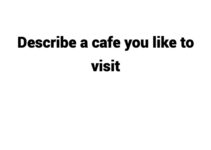 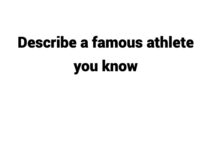