Describe a time when you were stuck in a traffic jam

You should say:
– When it happened
– Where you were stuck
– What you did while waiting
– And explain how you felt in the traffic jam

Last Tuesday, I experienced the most terrible traffic jam in my life. On that day, I checked the weather forecast and found that there would be torrential rain in my city, so I went to work by bus instead of driving my private car.

After I finished my work, I took a bus to go back home. Just when I got on the bus, rain began to pour down. It was raining so heavily that some of the roads were flooded. At first, the bus was inching along in the bumper-to-bumper traffic. A few minutes later, it was stuck near an intersection.

I took out my mobile phone and watched some short videos to kill time. Suddenly I heard someone whisper to me: “Excuse me Can I use your mobile phone to call my mum?” I saw a young girl standing beside me. She was about 7 to 8 years old. She was wearing school uniforms and carrying a schoolbag. She looked very anxious. I agreed and handed her my phone.

However, the phone was dead as it had run out of battery. Luckily I had a portable charger with me, so I charged my phone for a while and lent it to the girl. The girl successfully got through to her mum and let her know that she was stuck in a traffic jam. She returned my phone and thanked me politely. Although getting stuck in the heavy traffic was quite annoying, helping others in need was an enjoyable experience for me.

1. How can we solve the traffic jam problem?

There are three main ways that are effective to solve the traffic jam problem. Developed transport infrastructure and public transport services are helpful to make traffic flow more smoothly. Also, strict rules should be issued to punish those who don’t obey the regulations. What’s more, governments can take measures to encourage people to walk or cycle to work and limit the number of private cars on the road. Better road conditions and fewer cars will definitely decrease the volume of traffic.

I would say that it can help ease the problems. Commuters driving to and from work are a major source of traffic jams: If most commuters use public transport instead of driving their private cars, traffic density will be much lower than before. However, traffic congestion is caused by a wide variety of factors, such as traffic bottlenecks, terrible weather conditions, reckless driving, and so on. In my opinion, developing public transport can only be one of the methods to settle the problems.

3. Do you think the highways will help reduce traffic jams?

Yes, I agree with that. In our daily life, some traffic jams are caused by pedestrians who are unwilling to follow the traffic rules. While on the highways, drivers can drive their vehicles at a designated speed without disturbance from the pedestrians. Besides, there are fewer traffic lights on highways, so in most circumstances, highways provide congestion relief to some extent.

4. What are good ways to manage traffic?

I suppose that raising public awareness of traffic safety is one of the good ways. Only when everyone knows how. to obey the traffic rules can traffic be managed effectively. Another good way is to install widespread surveillance cameras so that incidents, congestion and emergencies are monitored by the staff. In addition, it is necessary to invest in new infrastructure and technology that improves the transportation system for all road users. 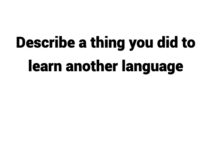 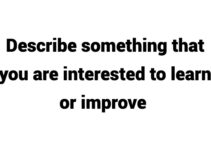 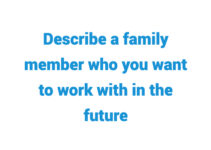