Describe a traditional product in your country

You should say:
– What it is
– When you tried this product for the first time

– What it is made of

– And explain how you feel about it

Well, I think zongzi is a traditional product in my country we have it every dragon ball festival. I first tried it when I was a kid. We all went to grandparents house for the festival at that time and my grandma made zongzi by herself.

She first mixed the meat and the sticky rice together and then she used the leaves to wrap them up and then a string to tie them up. So it was like a huge dumpling and then we boiled them in the water and when they were ready we removed the leaves and then ate it. It tasted very soft and sticky.

There were different kinds of flavors. You could put different stuffings like salty pork or soybeans. I really like the sweet ones and I remember at that time my grandmother also told me something interesting about this food. Actually, it was originated from a legendary story about a man called quyuan who was a minister in Asian china at that time when he heard that his country was defeated by another.

He was so devastated that he drowned himself into miluo river and local people made zongzi at that time, and threw them into the river in order to keep his body from the fish. So then we have the dragon ball festival to commemorate this great man today. We celebrate this festival by having zongzi and having boat race on the river. So I think zongzi is very traditional and it’s a symbol of Chinese history and culture.

1. Why are traditional products important?

I suppose there are two main reasons. Traditional products are normally handed down from generation to generation. People rarely use chemicals or other dangerous substances when making items, which is eco-friendly and beneficial to our life. Traditional products are a constant reminder of slow and green life. Another reason is that traditional products help us understand the history of the people who made them and their significance. Each culture has its products. For maintaining culture these types of products are really very important since people may come to know different things from them.

2. Do you think tradition is important for a country? Why?

I think most traditions are important for a country. Traditions can be regarded as a part of the culture and the history, Each country must have its own traditions that can represent its race to the world. In today’s civilized world, having traditions is quite significant. Nowadays, we find various races of people and their different traditions, which contributes to the diversity of our world. Of course, some traditions may not be suitable for social development, so they become less important and gradually disappear.

3. What are the traditional Vietnamese products?

There is a wide variety of traditional products in Vietnam as we have a history of about 5,000 years. Those products include food, daily necessities, crafts, herbs, etc. For example, Vietnamese people eat some special food on different occasions, such as dumplings on New Year’s Day and moon-cakes on Mid-Autumn Festival. Also, tea is a popular drink for many people. In addition, Vietnamese herbs are commonly used to make dishes, preserve health, or treat illness.

4. Why is it important for children to learn about traditional products?

It is significant because learning about traditional products can help children develop a bond with their cultural identity. Children have an inquiring mind and they tend to be easily influenced by the latest fashion. Traditional products can give children a sense of belonging, first to their family, then perhaps to the community and their country. As social species, this is an essential step for children to feel they belong to a group, by understanding what this group is. 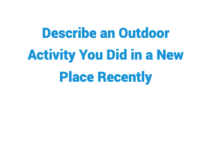 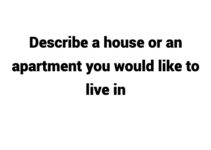